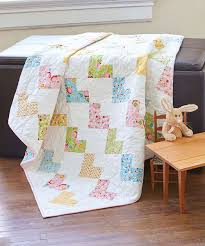 Sue is preceded in death by her husband, Joe William Eason, Sr.; her father, James Ray Langdon; and her mother, Betty “Rachel” Langdon.

Sue was born on May 20, 1940, in Harnett County and grew up in Coats, North Carolina. She married Joe William Eason, the love of her life, on February 8, 1958. After marrying, the couple moved to Statesville, North Carolina where they welcomed three daughters, Sheila, Joellen, and Sherry, during this time. In 1964, the family moved to Newton Grove and opened a Texaco Station to include tire and recapping services. Sue was the “boss” of the station, kept things running smoothly, and was Joe’s right-hand. In 1973, the family welcomed a son, Joey, into the family. Anyone who knew Sue, knew about Joey. He was the apple of her eye! After Joe passed in 1989, Sue remained in Newton Grove to live the rest of her life.

During her lifetime, Sue held a variety of jobs allowing her to touch the lives of others in many different ways. Her work as a small business owner in the Newton Grove community spanned from running the Texaco station with Joe, owning a ceramic shop, operating a skating rink in the prior Newton Grove School facility, and owning/managing a grill. Sue also worked as a parts inspector at Morganite, a teacher assistant, and a cafeteria manager. Although each of these jobs were special, Sue’s most rewarding profession was being called “Mema Sue” by her family and many children in the community. In addition to her love of ceramics and cross-stitching, Sue also spent countless hours hand-quilting baby quilts for friends and family over the years. She took great pride in her quilting work and it showed.

Sue’s children would like to express deep gratitude to the staff of Harnett Woods Nursing Facility for the care given to their mother during her stay.

A service celebrating Sue’s life will be held on Friday, July 22, at Blackman’s Grove PFWB Church at 1362 Timothy Road, Dunn, at 2:00 pm with the Rev. Ricky Lee officiating. The family will receive friends at 1:00 pm prior to the service in the church and at other times following the service at the home of Joey and Nikki Eason. Flowers are welcome or memorials may be given to: Blackman’s Grove PFWB Church in care of Jackie Lee, 1362 Timothy Road, Dunn, North Carolina, 28334.

To send flowers to the family or plant a tree in memory of Sue Ellen (Langdon) Eason, please visit our floral store.

A Memorial Tree was planted for Sue

We are deeply sorry for your loss - the staff at West & Dunn Funeral Home, Inc.

Join in honoring their life - plant a memorial tree