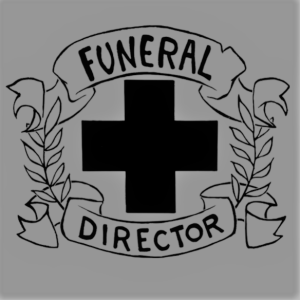 Five children were born to their union; 3 of which preceded him in death; Kerry Joe, Laura Beth and Zeb Lee.  He is survived by two daughters, Shanda Lynne Dunn and Leigh Dunn Ross as well as his wife, Bonnie Tart Dunn.  One of his greatest blessings in life were his 3 grandchildren, Madilynn and Riley Snead and Dylan Ross.

His own personal experience with grief is what led him to his occupation as Funeral Director for 41 years.  He obtained a degree in Mortuary Science from Fayetteville Technical Community College.  In addition to this degree, he served as Johnston County Coroner for 12 years.  Norman has served his community in this field, not only as an occupation but as a form of ministry for God and service to others.  He was owner and operator of 3 funeral homes; West and Dunn, of Benson, Newton Grove and Erwin.

He was a lifelong member of Lees Chapel Advent Christian Church and held numerous positions, including Elder, Deacon, Sunday School teacher, Choir member and others.  Norman’s involvement with the Advent Christian denomination began in his pre-teen days at Camp Dixie and continued with various roles such as ENC Board Member, short term missionary to Honduras and Home Missions.

The State Singing Convention was blessed to have him serve as a Board Member since 1997.  In 2001, he became Vice President of this organization. He enjoyed every June when the time came for the Annual Singing Convention to be held in Benson, NC.  His civic organizations he participated in were Four Oaks EMS and the Benson Kiwanis Club.

Norman enjoyed farming for many years, planting, sowing and raising cows and hogs.  He considered it a blessing to be able to spend time on a tractor or lawn mower when he was not needed doing funeral work.  He grew, what he called “a community garden,” and often gave the fruits of his labor to many.  He bestowed upon others gifts of his generosity.

To send flowers to the family or plant a tree in memory of Norman Lee Dunn, please visit our floral store.