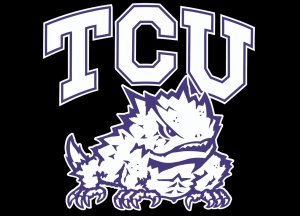 Jay Bee Henderson of Newton Grove passed away peacefully in his sleep following a brief hospitalization. He was 92.

Jay B. was born in the parsonage of Pleasant Union Christian Church in Newton Grove. He was the fourth of eight children born to the late Reverend William Otto (W.O.) Henderson and Lucretia Worthington Henderson. He was married by his father to Frances Jane Langston of Bentonville on December 26, 1955. JB is survived by daughter Paige Henderson-Head of North Myrtle Beach; son William Christopher Henderson of Newton Grove; sister Ruth Henderson Troxell of Fort Worth, TX; and brother Patrick Henderson of Suffolk, VA. He was preceded in death by his beloved wife of 59 years, Frances; his oldest son Jay Bryan Henderson; brothers Elmer Eric, Raymond Otay, Gene, and James Herbert; and a sister, Lucy Bonheur. He was “Uncle Jay” to 15 nieces and nephews.

JB spent his childhood years in Elizabeth City before dropping out of school at the age of 17 to join the war effort in 1944. He enlisted in the United States Navy, where he officially became Jay “Bee”. Following the war he completed his education in 1947 at Elizabeth City High School where he was nicknamed “Cigar”, and played tight end and linebacker on the State Champion ECHS Football Team in 1946. JB’s collegiate experience included undergraduate classes at Saint Bernard College in Cullman, AL. and at Transylvania University in Lexington, KY. He joined his siblings Ruth, Jim and Pat at Texas Christian University in Forth Worth in 1951. JB was a popular upperclassman and was voted Ranch Week Foreman his junior year at TCU. He received his Bachelor’s Degree in Education in 1953. JB was briefly employed with the Phillips Petroleum Co. in Abilene, TX before returning to his family in North Carolina.

JB began his career in education in 1953 with the Johnston County Public School System as an eight grade teacher and coach at the public schools in Selma and Benson. While at Benson he met Frances, also just beginning her teaching career. They both taught at the former Westbrook and Newton Grove Schools in Sampson County. While at Newton Grove School JB and Frances both received their Master’s Degrees in Education from East Carolina University. He would later continue his education, receiving his Specialist in Education Degree (Ed.S.) from ECU. In 1966 JB became the first principal of the newly-constructed Hobbton Elementary School, the first privately-funded school built without taxpayer dollars in Sampson County. He would stay at Hobbton Elementary for the next 25 years before retirement in 1991. He was recognized and awarded by the Sampson County Board of Education, as well as the N. C. Department of Public Instruction. He was a firm, yet fair administrator, with a particular penchant for hiring and promoting an exceptional faculty that remained at Hobbton Elementary, and remained loyal to him. No student could ever say they did not receive a wonderful primary education at any grade level at Hobbton Elementary School. He, faculty and staff hosted large, successful Halloween carnivals each Fall, and he had the conference and wholehearted support of his local community. JB fostered the liberal arts through Hobbton Elementary, and nearly each afternoon dance, piano, or baton lessons were taught following school hours. JB also took an active role in athletics over his tenure: he coached baseball and girls and boys basketball teams early in his career, and later formed and coached a Little League team of young boys that were cut from the A-Squad. He drove the activity bus to the varsity and junior varsity football and basketball teams for Hobbton High School. JB chaperoned fifth-grade classes to Jamestown and Williamsburg, VA, and sixth-grade classes to our Nation’s Capital in Washington, DC. He once carried his baseball team in his 1954 Buick to New York City to watch the NY Yankees play. Mickey Mantle didn’t disappoint, hitting a home run that day for the young boys. JB had an incredible career in public instruction that spanned nearly 40 years. He was known for maintaining an impeccably clean schoolhouse and campus, for his often-spirited direction of school bus traffic, and for firm leadership not often found in today’s classrooms and schools. He reveled in the successes of his students, staff and faculty.

JB loved Mill Creek Masonic Lodge No. 125. In the spring of 1954, initiated as a First Degree Mason in March, Fellowcraft in September, and Master Mason in October of the same year. In March of this year JB celebrated his 65th year in Masonry. He was a tireless fundraiser for the Masonic Home for Children in Oxford, N.C., which is the oldest orphanage in N.C. JB was one of several charter members of the Newton Grove Lions Club during the mid-1960’s, As a Lion he worked with assisting the blind and the visually-impaired through their work with the White Canes, and for years he collected and recycled thousands of pairs of eyeglasses to be repurposed for the visually-impaired in India through the work of the Rambo Foundation. His Lions Club Chapter also broke ground for the Weeks Park in Newton Grove. JB was very proud of his civic work with both the Lions Club and with his Masonic Brotherhood. Although he never spoke of his work with the Masons, his family would like to think that his Lodge supported widows and their children on a local and state level. He would merely sheepishly grin and blush, remaining tight-lipped to the end. In a small way JB helped the world to see. In a larger way he made the world a better place.

JB was a lifelong Disciple of Christ, and was a member of Mill Creek Christian Church in Bentonville for over 65 years. He served as a Deacon, then Elder, and was an active member of the Christian Men’s Fellowship. He was a Sunday School teacher for over 40 years, and was occasionally a guest sermonist at several area Disciples of Christ Churches. He was also a member of the choir for several decades. JB had a wonderfully rich and deep bass voice, and was a natural at harmonizing. He always had a song in his heart, and loved to sing praises to his Lord. He read several Bibles and devotionals daily throughout his life, but his copies of “The Way”, “The Good News Bible”, and “The Blue Jean Bible” were his companions for over 50 years. He was a very humble servant of Christ, and he loved his Lord with all of his heart.

JB was an avid reader. He particularly enjoyed biographies, the novels of James Michener, the Westerns of Louis L’amour and the Reader’s Digest. He also enjoyed Will Rogers and Garrison Keeler. He was a fan of Musicals, of Westerns, and espionage films. JB loved to fish, with a deep-sea rod or a cane pole. He loved to travel, visiting nearly all 48 continental states, Mexico and Canada several times. He would have liked to have visited Switzerland and Australia in retirement, but Frances would never board a plane. His extended family began meeting at Topsail Beach in 1960, and every other summer since. The Henderson Family Reunions were a cherished part of his life. The week-long reunions took JB and family from Michigan to Iowa to Alabama and Texas. When he and Frances hosted his extended family the reunions were held either at Manteo or Christmount in Black Mountain, N.C. They enjoyed the fellowship, and spirited hands of Rook. JB was a master at Bridge, and that section of the comic section was analyzed daily. He smoked cigars until he was 50, then he began to chew them. Politics was his only vice the last 40 years of his life. He joined the Grand Old Party as a young man, until Nixon broke his heart. He was an active member of the Sampson County Democratic Party, but being the true humanitarian he was many of his closest friends were Republicans. He didn’t hold that against them. He championed the little man, the lesser man, the common man. Despite growing up in a segregated South JB never once saw color. He felt the content of a man’s character their greatest virtue. He was guided by Matthew 25:45: “In as much as ye have done it unto the least of my brethren, ye have done it unto me”. JB was a devoted husband, a wonderful father, a true friend and humanitarian that never knew a stranger. He was a faithful and humble servant of Jesus Christ. JB lived and exemplary life, and was truly and extraordinary man.

The family will receive friends Sunday, October  27th from 2:00 till 3:00 p.m. at Mill Creek Christian Church, with the funeral service to follow the visitation. Burial will proceed the service at Mill Creek Cemetery. JB will receive his Masonic Rites at interment.

In lieu of flowers, memorial contributions may be made to: Mill Creek Christian Church, 747 Mill Creek Church Road, Four Oaks, N.C. 27524, or Christmount Christian Assembly, 222 Fernway. Black Mountain, N.C. 28711. JB would not expect, but would be appreciative of the support of his Disciples Assemblies. He would prefer that you walk through life practicing kindness toward your fellow man.

Online condolences may be made at www.westanddunn.com

To send flowers to the family or plant a tree in memory of Jay Bee Henderson, please visit our floral store.